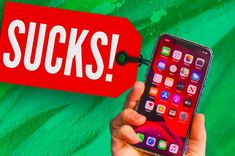 Why Do Phones Die After 2 Years?

We’ve gotten used to the idea of electronics going out of date relatively quickly.

Just look at how many people are rocking the newest iPhone instead of holding onto something even just a few years old.

But is replacing your phone this often the right way to go? Exactly how long should your phone last you?

Let’s answer this question by starting off with arguably the biggest determinant of the phone’s lifespan, battery.

Ever notice how over time, it seems like you have to charge your phone more frequently than you used to when it was brand new?

You can learn more about this in this post, but the gist is that the chemical reaction that occurs when your phone’s battery drains isn’t perfectly reversible.

So when you go to charge it back up, you lose a small bit of the battery’s capacity, which adds up over time.

There are a number of things that can help prolong your battery’s lifespan, though, such as keeping it away from heat, storing it at about 50% charge if you won’t be using it for awhile, using fast charging only sparingly, and taking your phone off the charger once it hits around 80% instead of 100%.

But for most users, the inconvenience of those last two tips might render them impractical. Most people charge overnight, right?

And unless you’re regularly keeping your phone in extremes of temperature, commonly given advice about how to keep your battery going and going like an Energizer Bunny may not make a huge difference anyway.

So instead of worrying about all of that, you might actually be better off by buying a smartphone with a high-capacity battery, especially since batteries can still be replaced relatively inexpensively compared to the total cost of a whole new phone.

Okay, now let’s switch gears and talk about another important component, your phone’s processor, which will also have a huge impact on exactly how long your device lasts you.

Similarly to the CPU in your desktop PC, a higher-end phone processor will give you a snappier experience, though many consumers simply aren’t as familiar with their phone’s CPUs, which can lead people to buy phones with an underpowered processor.

Oftentimes, a phone will be sold at a really appealing price, and it might trumpet its lovely display and its solid camera, but if you’re finding a phone at a noticeably low price, chances are corners were cut somewhere, and often it’s with the CPU.

And even lower to mid-range CPUs might be fine for awhile, but as the years have gone by, we’ve demanded more and more from our phones, using them for everything from gaming to home automation to photo editing, meaning that the phone that gets you by today might start feeling really sluggish in a couple of years.

It’s not that your phone’s CPU is physically wearing out.

It’s that developers are coding apps that demand ever more resources from your phone. And unlike a desktop or a laptop PC where you might be able to get away with low to mid-range processors for a long while if all you do is check social media, use Microsoft Word, and watch videos, many people have noticed slow downs simply when web browsing or doing other seemingly simple tasks on phones with lower-end processors. And unlike the battery, you can’t replace a phone’s processor. Of course, we’re not saying go out and spend over $1,000 on the most overpowered phone you can find, but we are saying that you should be sure to check what CPU and battery your new device comes with.

If you can find a deal on a phone with a battery capacity over 3,500 milliamp hours with a CPU that has a good reputation for being able to juggle multiple tasks without making the phone feel sluggish, it’s probably worth spending a little more money, as a phone like this should be able to last at least three years and potentially longer before you’d really need to start thinking about any upgrade, assuming of course that’s its screen (person gasps) doesn’t shatter on its way into the toilet.