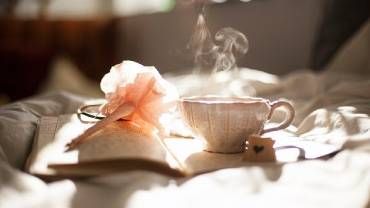 When You Can’t Let Go Of The Past,Time To Mourn!

You’ve moved past it, but there’s still this residual illness of feeling negative or reflections on it. You can’t just seem to get entirely over it.

Well, often that may be because you haven’t gone through the mourning process.

Now, we often use the mourning process related to loss of life or loss of a loved one. But mourning is also connected to the loss of an ideal or an idea.

So, for example, in this post right here, I spoke about mourning and getting over something that you’ve done in the past, some kind of mistake, that the mourning process is what helps you move through and be able to let go and move on from that.

And so I’m going to share with you the five stages of mourning.

So the first stage is denial.

It’s when you are in shock and you just don’t want to admit to something.

And so your mind finds all the ways to dismiss the reality of the situation.

Now, the second step is anger.

It wants to fight for you.

It wants to put up resistance to whatever is going on. There’s nothing wrong with anger.

It’s just the way that you manifest it.

That can be an issue because anger is very real about giving you the energy that you need to fight whatever it is you’re under attack for. So in a situation in the post that I had brought up, mourning and forgiving oneself and moving on, that the anger could be at a situation that you were involved in or it could be anger at yourself.

But anger is an important emotion when you’re working through a difficult situation.

It’s kind of like a give and take. If I do this, then can I have that? If I act like this, will you feel like that?

For me, it’s a way of trying to not fully give yourself to healing or working through a process, but trying to make a deal so that you don’t have to really go through the grit of getting over something or healing from something. And then the first stage is sadness or depression.

But you actually are settling into the fact that you got to go through it, that this is terrible and it’s awful feeling and you got to be with it and it can be exhausting.

And so that makes the body just want to shut down and be lonely and depressed and sad.

So those four stages are not ones that go in order. So when you’re going through the mourning process, you’re not necessarily going to do one and then two and then three.

They’re fluid. They can flow in and out of you until you get to the best stage.

The fifth one, which is acceptance, because once you get to acceptance, then there’s a calmness, a serenity, a release, a relief from whatever you’ve been going through, going back to the four of them.

The body has to go through this to shift you from what you’ve gone through and experienced to being in a place where you can now live forward and learn, having learned from the experiences that you have gone through.

So I do have people who will say to me, but at practice I have cried for years or I have been angry for months and I just can’t seem to get through it. I don’t think I can lay down and cry any longer.

Well, that could be because you are not doing it with intention.

So when we’re overcome with these emotions, especially in the wake of something that where there is change, where things can’t go back to the way they are. So you’ve made a mistake or you’ve heard someone or you’ve hurt yourself and there’s no going back.

You have to go through this.

So that’s the importance of mourning, for healing and to be big through things.

You have to go through this.

There’s no way around it.

If you choose that, it feels too uncomfortable and you don’t want to and

you’re going to pack it away.

It’s going to come back in your future, whether that’s a week later, 10 years later, 20 years later, which I’ve helped people deal with stuff from 20 years ago because it was easier to pack it away than to actually face it. But you will always have to face it at some point. Sometimes you have to wait till you’re ready to do that.

But it’s a necessary part for healing.

So if you feel like you, you’re stuck from something that’s happened in the past.

Shows me how long it’s been that this has been stuck in your. World, so I can hear how long you’ve been holding onto this or carrying this around and hoping that you will be able to use the learning process to help free you so you don’t have to carry that weight anymore.

So wishing you a fantastic rest of your day.

And I look forward to seeing you in the next.