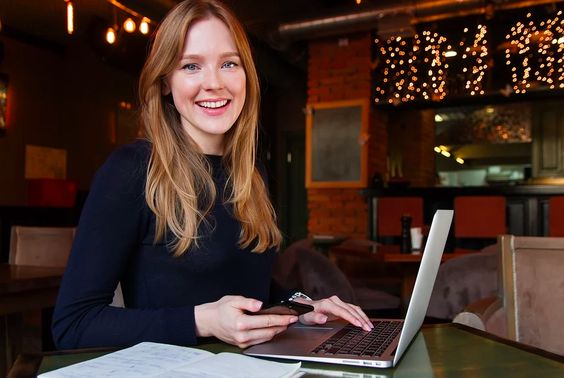 There are 4 things that you need to avoid, in order to be successful when it comes to money.

There are 4 things that you need to avoid, absolutely avoid, in order to be successful when it comes to money.

but we’re gonna talk about four here, because in all my years of living and breathing personal finance, I have found that these four really can ruin people financially.

They steal your financial future, they cause you to be stressed out and anxious.

So, let’s talk through the five money mistakes that are destroying your finances.

I know it’s a shock, but listen, credit cards, it’s the one money mistake out of probably this entire list that people just justify it over and over, so whether it’s the rewards or the airline miles or the points or the 0% interest, everyone always has a thing.

I mean, it’s so frustrating, because, number one, when you use a credit card, you are spending more, studies have shown anywhere from 10 to 30% more when you’re using a credit card. Why?

Because emotionally, mentally, you can just check out.

And it feels like, oh, it’s fine. Well, then you end up with credit card debt and paying interest on something that you bought a month ago or two months ago or three months ago.

So you spend more, and also, again, the rationale, okay, well, I’m just doing it, again,for all the point systems. Okay, the billions of airline miles that go unused every year, and all those points and those rewards and the cashback, all of that that you’re getting, it’s not because the credit card companies just think, oh, we just really are loving people, and we’re gonna just serve you and reward you for spending all this money.

They’re not doing it out of the goodness of their heart.

They’re doing it because they’re making a crap ton of money off of interest of other people, and other people that are probably struggling financially and turning to credit cards, thinking it’s their only way out, and because of them, that they can’t pay their credit card bill and they are paying interest, making the credit card companies and banks more money, in turn, they’re able to give you money.

So you’re actually getting rewards because other people are mismanaging their the money.

So, I just don’t wanna be part of the toxic money culture and that industry at all.

So you are not gonna be in debt when using a debit card, but you can shop online, you can book hotels, you actually can book rental car companies,

we all the time, rent cars, and we’re fine. But the debit card is key.

So when you get a mortgage, for instance, which is the one type of debt I will not yell at you for, you’re buying a house.

In a majority of cases, over a long period of time, that house will go up in value.

When you just drive a car off a car lot, you lose just tens of thousands of dollars, I mean, it’s just gone.

But you’re borrowing money and paying interest on something that’s losing value.

So, listen, you can keep having that car payment if you really want it.

Or let’s say you took that $391 car payment for your used car and invested it for 30 years at 11% return, do you know, you can retire with nearly $1.1 million, a million bucks, instead of paying a car payment, you invest it, and you get a million dollars. You know what you can do with a million dollars?

You can do a lot with a million dollars, I promise. But, you can actually buy, with cash, safe, reliable used cars.

Now, once you have a net worth of a million dollars, you can go buy a brand new car, because you can take the financial hit of driving off the lot and it losing so much value.

Number 3, another mistake people make that is ruining their finances is not budgeting.

In our survey of American finances conducted here at Ramsey Solutions, only 50% of respondents had done a budget in the last year.

In fact, you’re probably wasting a lot of money.

When you can be diligent and say, okay, I’m going to tell every dollar where to go, even if it’s mundane, okay.

I was talking to one of our friends about this like two weeks ago, and he said, “I just work really hard, and I just don’t wanna look at every single dollar I spend.

Now, if you kind of want to loosen the strings, make bigger bulks in your budget and not, you know, every single Amazon, maybe everything’s lumped together, you can be a little bit more, okay, yeah about it, sure, if you want, I guess.

But you need to be intentional.

You need to be able to say, okay, this is a big part of our money that we’re spending on this month, this is the amount we’re gonna spend it on here, this, all the categories, you need to be intentional, because in the same survey, budgeters, once who are budgeting, are more likely to say that they’re better off financially than they were a year ago, because they have a plan, because they’re living on purpose.

Which I understand kind of sounds nice, like, oh, yeah, I’ll have life insurance forever.

But listen, if you’re working this plan and you’re out of debt and you’re investing and your home is paid for on Baby Step 6, and you start, you know, doing everything, you’re gonna be self-insured eventually.

So the idea of having life insurance for your entire life is unnecessary.

Now, for whole life insurance, in the beginning, you and the insurance company will decide your policy amount and what they call the death benefit.

So this is the sum that will be paid to your loved ones or your beneficiaries when you die.

When you pay your premium, which is really expensive, one chunk of it goes to the policy, the other chunk is applied to what’s called a cash value account, which is like an investment, but at a really crappy interest rate.

The rate of return is really low.

It’s not good. It’s not a good investment.

And so there’s all kinds of stipulations like if you die too soon, if you don’t die soon enough, the company gets to keep the cash value account, and your family never sees it.

You’re putting money on an investment, and if you die or don’t die soon enough or something happens, it’s gone.

No, that should not be true.

And so what you have to remember is that your life insurance and your investments need to be separate.

They need to be separate.

Insurance is over here and your investments is in a totally different space, okay?

All right, last but not least, the last mistake that people make is not talking about money.

Listen, I know it can be awkward.

If you’re not used to it,

it can be a weird conversation. and it’s like, well, I don’t really even know how to engage it, I don’t know.

Conversations around money are so valuable, specifically if you’re married.

And if you’re not, having someone in your life you can talk to about this. 99% of millionaires said they have a long-term plan for their money.

Which means if you want to be successful, you have to think, okay,

what are the things I’m doing for the long term, so setting goals.

And if you’re married, setting goals together.

It’s going to bond you guys, unite you guys,

when you are working toward the same goal.

But in order to do that, you have to talk about money. If you have kids, talk to them about work, about giving, saving, and spending, and generosity, and contentment.

Talk about this stuff.

You don’t have to say, okay, here’s how much money we make. I’m not saying tactically all the time, but say, hey, let’s have a conversation with what money is.

What role does money play in our lives?

Have those conversations with people in your life, you guys. Learn to talk about money, because it is a shame-filled subject.

And when you can say things into the light, that shame goes away.

So talking about it is so, so good.

All right, I hope I helped you understand how to avoid so many of these money mistakes

that are costing people so much in the long term.

So guys, you can do this.

You don’t have to make all these mistakes.

You can make changes in your life as of today.

You can learn to take control of your money and create a life you love.