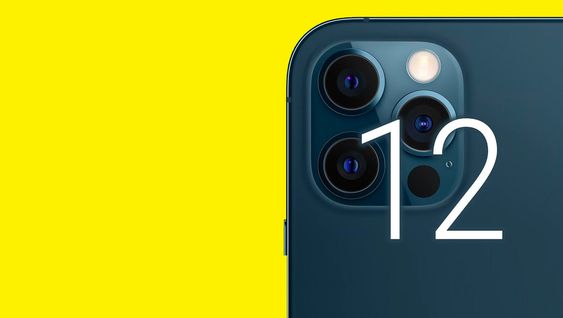 Should You Buy The iPhone 12? Everything We Know.

The annual September new iPhone ritual was pushed back a month this year for obvious reasons but nonetheless, all eyes were on Cupertino again for one day as the iPhone
12 lineup was revealed to the world with all the usual pomp and circumstance.

Diving right in for the first time iPhones are getting 5G connectivity and with a number of Android devices already boasting it, it would have looked pretty silly for the iPhone 12 series to not have it.

Apple’s implementation does support millimeter wave, but only on US sold models.

Then it’s got support for the slower 5G standards across the board.

So you should be covered regardless of what your carrier offers.

Under the hood, there’s a new system on chip as expected, the Apple A14 bionic.

Now it doesn’t bring much in the way of new features, but you do get a pretty sizeable generational performance boost and interestingly, it’s the first commercially available chip that I’m aware of on the five nanometer process from TSMC, which should mean a more powerful phone without sacrificing battery life.

We’re also getting OLED screens up and down the stack for the first time. Even though the iPhone 11 base model was positioned as a high end smartphone compared with the rest of the market, Apple went with a more traditional LCD display, not so with the iPhone 12, who screen is not only OLED but even boasts 1200 nits of peak brightness for HDR content consumption.

On the subject of HDR, the iPhone 12 also supports recording with Dolby vision, making it the first mobile phone capable of doing so. Of course, that isn’t to say that it’s going to be a replacement for professional grade cameras, it’s just that with HDR compatible monitors and TVs becoming more common and the ability of YouTube to support HDR uploads, it could be that the iPhone is the thing that finally pushes HDR into the mainstream.

It’s gonna be real handy for content creators. Both the standard and wide angle cameras are getting night mode for better results when shooting in low light and the pro version of the iPhone 12 is getting LiDAR similar to what police use to give you a speeding ticket. But instead of raising your insurance rates, iPhone LiDAR will help map the surrounding environment more quickly for augmented reality applications and enable the camera to focus faster in dim conditions when taking a phone.

Additionally, there’s a system in the pro models that stabilizes the image sensor itself with a gyroscope, which should allow you to take sharper photos especially if you’re using longer exposure times.

It’s also important to note that the base iPhone 12 and the new iPhone 12 mini are pretty much the same phone with the same features with the mini just being, you guessed it, smaller. We’re already used to smaller iPhones in the form of the SE models, but in this case, Apple might have changed the nomenclature to get across the message that the phones have nearly identical innards.

Regardless which model you go with, MagSafe is making a return. You probably remember MagSafe chargers for Apple laptops from a few years ago where the magnetic contact mechanism would prevent damage to the computer or to your body if you tripped over it.

But while a laptop MagSafe has been phased out in favor of USB-C, now it’s back on the iPhone 12 series as a wireless charging mechanism, and Apple has already promised that there will be third-party MagSafe accessories as well.

In less welcome news, the iPhone 12 is keeping the lightening connector dashing any hopes that we’ll finally be seeing an open connector standard iPhones at least for one more year.

So is all of this enough to lure you in for an upgrade or are you gonna stick with your old device?