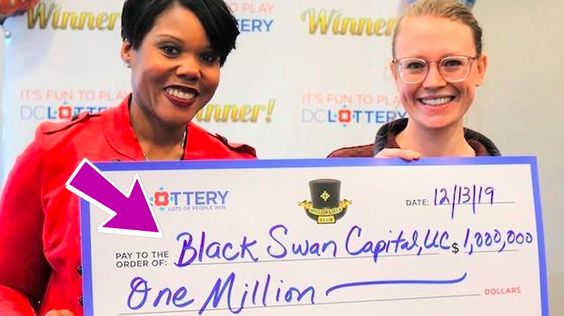 Ivy League Group Won More Than $6 Million Dollars From Lotteries All Over The US.

Ivy League Lottery 66 winning lottery tickets for roughly $6.3 million dollars. That’s how much this Ivy league betting group has won. What’s up with Ivy League alumni cracking lotteries? For this particular lottery group, they’re alumni of Princeton University. So far they’ve won more than $6 million dollars from lotteries all over the US.

Exactly how they’re doing it and exactly what their profit margins are isn’t exactly clear. But what’s different from the methods of other lottery groups? Are they just doing the same brute force method? Or is it a different method with a twist? 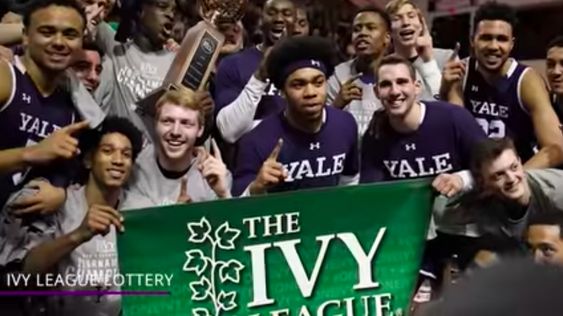 However, because Manuel cashed in not one, but SIXTY ONE winning tickets, all at once, that’s how the group got everyone’s attention in 2020.

Most of Manuel’s winners were for $1,000 dollars. His total for that day was around $88,000 thousand. That was just one day, in just one state for the group.

The group’s biggest payday came back in October of 2020. On one lucky day in October, Manuel collected the $5 million dollar top prize from a scratch-off ticket in Missouri. And the group had many other wins as well. Manuel wasn’t the only member to collect the cash.

Hannah collected 121 grand from the Missouri Lottery in September of 2020.

She also collected a cool million bucks from the D.C. Lottery in December of 2019.

Burning Questions There’s also a very good chance that they’ve had other big paydays that just haven’t been reported if they aren’t obligated to. But the thing is, lotteries today have been extremely careful to combat the brute force methods of betting groups.

Black Swan’s winning record begs the question, did they come up with their own formula? Are they ACTUALLY profitable? Have they actually found a way to beat the lottery in a new way?

Hannah and Zoe went on a buying spree in the final months of the Mega Cash game. They bought as many as 400 tickets at a time during several visits. Of course, the clerk working the counter got curious. They actually told the clerk that they were conducting a study that would later be shared on YouTube. Ultimately, the clerk estimated the girls purchased around sixteen hundred tickets at a cost of $48,000 thousand dollars. And that was just at THAT store.

The other 60 winning tickets Manuel cashed in for 88 thousand bucks were bought from more than four dozen different stores all over Indiana according to lottery records. If they spent similar amounts of cash at each store, they would have spent at least $2.3 million bucks. Then there’s the time and gas involved for each of the trips. 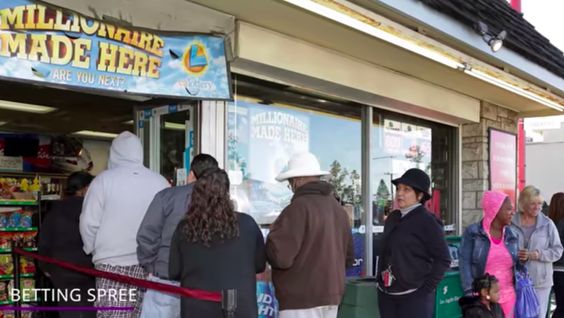 For example, in 2019, they were close to winning a million bucks in the Hoosier Lottery draw at Indiana’s State Fair. But they ended up going home with just a $500 dollar consolation prize.

However, they hit their jackpot on another betting spree. In Missouri, Hannah and Zoe bought thousands of $5,000,000 million dollar Cash Extravaganza tickets. This time, Hannah and Zoe were dropping roughly eight grand every time they visited a store. And their big gamble paid off big time on this trip. Black Swan Capital had found a $5 million dollar winner, and Mannuel swooped in to collect this big prize as well!

Black Swan Strategy So what exactly was the group’s strategy? No expert has been able to figure it out so far.

They only have guesses. It seems like the members use publicly available data on ticket sales and unclaimed prizes. Basically, when they know a jackpot hasn’t hit, they do the calculations to see whether or not it’d be profitable for them to play.

Lottery sites will often update their website daily with information about how many prizes have been claimed for each scratch off game. But it’s still incomplete information, something we’ll get to in a bit. The more information any betting group has, the more advantage they have for a profit.

Manuel and his partners aren’t exactly talking about their money making machine. All four of them have avoided interviews and generally kept a low profile regarding their winnings across the country. They only have been in front of the media when it’s required for SOMEONE to be.

Black Swan Capital first came up in connection with the lottery after Hannah posed with a giant million dollar check made out to the company back in December of 2019.

The winning ticket was actually purchased at the same liquor store as a $100,000 thousand dollar winner Manuel had cashed in nine months earlier.

In case you didn’t know it, the term “black swan event” refers to an extremely rare event that happens in the right conditions.

Member Background So what’s publicly known about the members? Manuel majored in philosophy at Princeton. He graduated in 2017 and he worked as an analyst at the Princeton University Investment Company, which manages the University’s endowment, just like the name suggests.

The rest of the members all attended Princeton University as well. Matthew Gibbons majored in computer science and history and then went to work for ZX Ventures, an investment group part of InBev in New York City.

Hannah Davinroy studied physics at Princeton and graduated with Manuel and Matthew in 2017.

She then got a job in New York City at BloombergNEF, the energy research arm of Bloomberg. Zoe Buonaiuto went to Princeton and earned her doctorate in 2018 in History.

Click here for the links to the videos about these betting groups! Even with these profitable betting groups from years past, experts have doubts that it could result in reliable profits in today’s ever adapting lottery games.

For example, the odds of winning the $7 million dollar jackpot in the Hoosier Lottery scratch-off game was about one in 2.7 million. Even if the group improved those odds and purchased thousands of tickets, they would still face a significant risk of missing the jackpot. And officials know that these games AREN’T cracked using the same brute force tactics employed by the other betting groups.

According to Phillip Stark, a stat professor at UC Berkeley who studies lottery odds,Black Swan Capital’s lottery betting doesn’t make sense. Jeffrey Miecznikowski is another statistician at the University of Buffalo.

He says that there are a lot of variables that go into the calculations. But HE still can’t figure out how the group is doing it. His guess is that the group must have access to insider information that’s not publicly available.

According to him, lotteries just haven’t put out enough public information that any algorithm that the Black Swan group could have come out with to figure out. Basically,it seems to us that he’s saying either they have inside information, or they’re just gambling!

But, executives of the state lotteries haven’t been concerned about Black Swan’s winning streak.

In fact, lottery officials in Indiana, Missouri and DC all stated that they did their vetting on the members before giving their winnings, according to the newspaper The Indiana Star.

Nicole Jordan, the director of marketing and communications for the D.C. Lottery explains that they do vetting on their winners just so there’s transparency for the players. They want to make sure the game is as fair as possible for anyone involved, no matter how skilled they are. Jordan admits that the information they put out definitely helps some players. She said quote, “some people are better gamblers”.

Wendy Baker, communications manager for the Missouri Lottery, told IndyStar that nothing about Black Swan came back as unusual. And betting groups aren’t anything new to the lottery officials. It’s been going on for decades.

However Baker did tell one interesting fact about lotteries. According to her, just because a prize hasn’t been won, it DOESN’T necessarily mean the ticket is still in the field!

They don’t have certainty on what’s happened to a jackpot ticket until it’s actually claimed. If it’s true that they don’t track it, then it’s true that it’s impossible to tell what’s happened to the ticket. So the winning ticket could easily be bought by someone and accidentally thrown away. This makes the Black Swan Betting group’s strategy even more curious! So far, the only thing known for sure about Black Swan Capital is that they exist. What’s not out in the open is how they’re doing it. Stat experts are extremely curious to the method they seem to have figured out. It’s impossible to know exactly how much Manuel and his partners have profited from the prizes they’ve won. Maybe, just maybe, they’re not profitable at all so far.