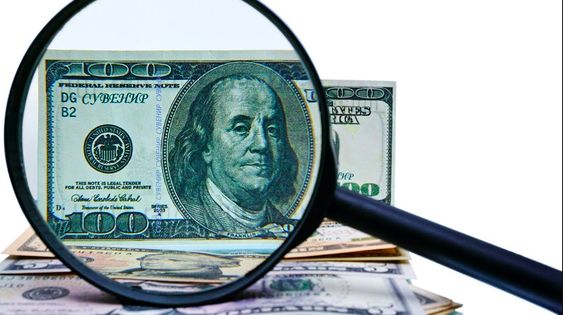 How Money is Counterfeited? How It Is Made?

Wouldn’t it be nice to have an unlimited supply of money?

Once and a while, it crosses in everyone’s minds how life would be so much easier if money was readily available and in abundance.

For most people, that usually leads to the resolve to work harder in making a better living.

However, for a select few, they came to the conclusion that if the lack of money is the root of all problems, then the obvious solution is to make money. 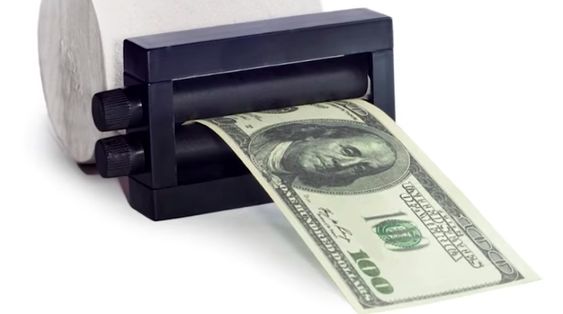 And they are not referring to simply earning it by hard labor or by running a lucrative business.

They mean literally creating the money themselves.

Thus was the birth of the art and felonious act of counterfeiting, which has earned the notorious reputation of being one of the world’s oldest profession.

Counterfeiting is essentially copying an existing currency and producing an imitation of this legal tender without the authorization of the state or government that currency belongs to.

The circulation of counterfeit money has an undeniable impact on a country’s economy on a micro and macro scale.

First of all, the value of real money is reduced because of the propagation of false ones.

Second, the artificial increase in the supply of money results to a significant hike in the prices of commodities.

And third, people will soon lose confidence in the currency, which may force them to demand alternative and more complicated means of payment.

The practice of producing fake currency can be traced all the way back to the time when the concept of money was first developed by early human civilizations.

Before paper money was introduced, people counterfeited coins by mixing pure gold or silver with base metals.

When government institutions transitioned into using paper currency, unscrupulous individuals started to produce false money and sold them wholesale for a sizeable profit.

During the colonial period of the United States, those who counterfeited currency were perceived as a serious threat to the State that those who were caught doing so were punished with nothing less than the death penalty.

Counterfeit money was also utilized by the Great Britain during the American Revolutionary War in an attempt to weaken the American economy by reducing the value of the Continental Dollar at the time.

This practice continued on during the American Civil War.

The value of the Confederate States dollar fell when some members of the Union heavily produced imitations of Southern notes.

To curb the widespread practice of counterfeiting at the time, the “Secret Service Division” of the Department of the Treasury was formed.

And today, this law enforcement agency is still in the business of protecting the country’s financial systems while also providing protection to and ensuring the safety of the U.S. President, the Vice President, and their immediate families among others.

In the past, counterfeiting was not that easy to pull off and for those who attempted to make their own money, they had to shell out real money first to get the equipment and materials they needed in order to get started.

But in recent years, printing your own money got a whole lot easier.

All a curious person needs is a computer, a scanner and a color inkjet printer to create his own wad of fresh counterfeit bills.

If you scan a $20 bill and set your scanner at its highest resolution, you can then print that image using your basic inkjet printer.

Of course, printing imitation currency this way will not get you far if you want to use the money to pay for your day-to-day expenses.

Finding a piece of paper with the same feel as the paper used for money is already a challenge in itself.

Common paper is made from the cellulose of trees while the paper used for money – called rag paper – is made from a combination of cotton and linen fibers, which is why it is thinner and specially crisp compared to ordinary paper.

Aside from that, bills today are printed with advanced security features that set them completely apart from counterfeit ones.

The current series of $20 bills, for example, which was first printed back in 2003, have several highly-sophisticated anti-counterfeit features that make it difficult for counterfeiters to replicate.

For one, these $20 bills have a plastic security strip embedded in the paper.

There is also the number “20” on the bottom right corner on the face side of the bill which is printed using color-shifting ink that turns from copper to green. 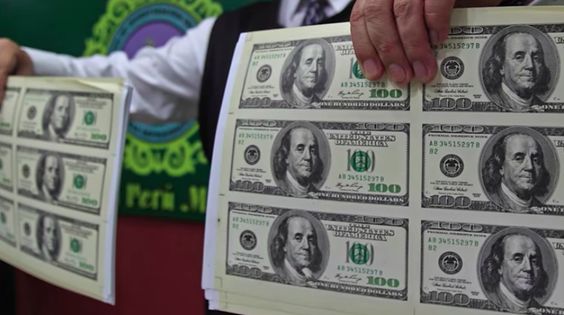 There is also a watermark on the bill which shows a faded and smaller portrait of President Andrew Jackson.

And if you look at the back of the bill, a “EURion constellation” containing 90 faint and yellow-colored “20”s are visible, which prevents casual counterfeiting using photocopiers.

Considering the complexity of how dollar bills today are printed and the secrecy surrounding its sophisticated security features, it is not surprising that casual counterfeiters like teenagers are often immediately caught.

These people would print their money with the wrong paper using the wrong colors and in the wrong arrangement.

Moreover, they tend to hand the money to individuals like small business-owners and acquaintances who are inclined to report their fraudulent operation.

Nevertheless, nothing is impossible to the determined.

And some individuals and counterfeit rings have gone the extra mile to stay as ahead of the curve as they can when it comes to printing fake money.

Arrests in recent years have shown that not even high-tech safeguards can stop a crook from cheating his way through life.

For example, in 2014, self-taught graphic artist Heath Kellogg, who is also known as “The Printer,” got sentenced to federal prison for committing counterfeit offenses after he, along with his crew, allegedly distributed fake $50 bills worth more than $1.1 million throughout Georgia, Tennessee, South Carolina and Florida.

They created their counterfeit currency through a multistep print process that used office printers and glue.

According to the Secret Service, Kellogg created two layers to print an imitation of the watermark and just glued them together.

He also made it seem that the fake bills had security threads embedded in them by using colored pens and inks that show up under ultraviolet lamps.

Another man from Rhode Island was also arrested around the same time as Kellogg’s capture after he allegedly managed to erase the ink on $5 bills and turned them into $100 bills.

He apparently learned the trick of using chemical soap to remove the ink on the paper from a simple guide he found on the Internet.

Then there’s Canadian Frank Bourassa who regards himself as a god when it comes to counterfeiting.

Bourassa gained infamy a few years ago for masterminding the production of $250 million worth of fake notes which were “virtually undetectable to the naked eye.”

He managed to print bills of such remarkable quality by contracting a paper mill in Germany to make the paper and have them printed with the watermark and the security strip using a machine he purchased in Poland.

He also acquired printing equipment and software and set up a printing shop on the outer reaches of his town in Quebec.

Eventually, authorities tracked Bourassa down and had him arrested for his counterfeiting practices.

However, they eventually set him free after he agreed to surrender $200 million in counterfeit notes and pay a fine a little over a thousand Canadian dollars.

As for the other $50 million that he didn’t return, Bourassa directs the inquiries of those who wonder of the remaining money’s whereabouts to his accountant.

While the likes of Bourassa in Canada may have somehow gotten away from counterfeiting money worth millions of dollars, it cannot be stressed enough that the same crime in the United States is a federal felony.

Counterfeiters, once caught (and most of them are eventually caught), can be punished with a 15-year imprisonment and can expect to have their properties seized aside from being compelled to pay fines.

And so, if the thought of literally making your own money crosses your mind, always remember that you can never gain something for nothing.

You may be able to print your own money and you may even get to use that money to pay for some of your everyday necessities for a long while.

You might even get to sell bundles of them and get a sizeable profit in return.

But eventually, all of the fake money you pass on to other people will get traced back to you.

And once the authorities find you, it will be difficult to escape the harsh consequences of your seemingly “harmless” actions.