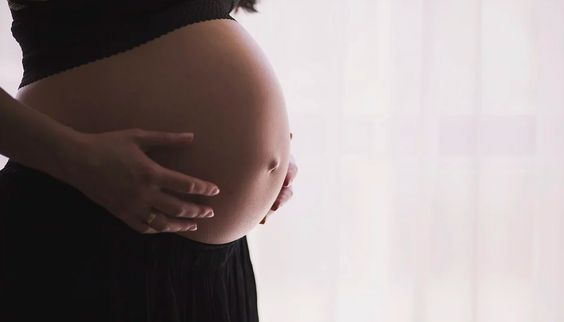 6 Benefits Of Hypnosis During Pregnancy.

In today’s post I’m going to be sharing with you six tips to do with hypnosis during pregnancy.

Whenever one of my friends or someone I know becomes pregnant, the first thing I say to them is have you considered doing hypnobirthing?

Because I have had such good experiences, I have had three natural births, I only had some gas and air and Paracetamol with the first birth, and it was all very straightforward, and I was really, really lucky. 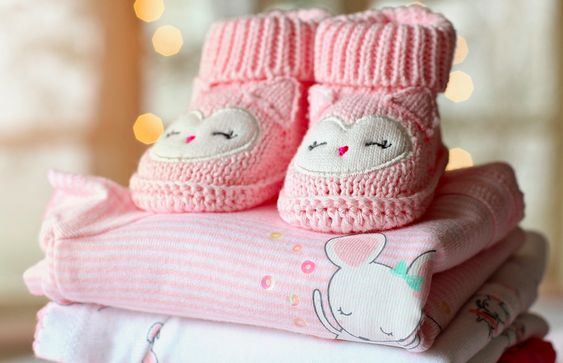 Obviously, you go into birth not knowing what’s gonna happen.

You might have to be induced, you might have to have a ceasarean in the end, but by doing hypnobirthing, it can even make you more relaxed in dealing with those situations.

So, I would just recommend it.

I think any prep that you can do for labor is really important, and you wouldn’t go and run a marathon having not trained at all.

So, for me, hypnobirthing’s been amazing.

So the first thing to know about hypnobirthing, is that there is actually a scientific reason why it works, or helps.

There’s something called FTP, which is fear, tension, pain.

So when we fear something, we tense up, we get loads of adrenaline, and then that results in pain.

So, what we want to try and do in birth and labor is stay as calm as possible, and have all those good, oxytocin hormones coming in, ‘cause basically if you have adrenaline, and fear that can actually stop the blood flow to your uterus and things, and it can result in a lot of pain. So, you want to try and remain as calm as possible, so listening to hypnobirthing, practicing your breathing, or pain techniques can really help with that.

So there are a few different ways that you can practice hypnobirthing.

I actually found a local hypnotist who specialized in that, but you can download audios from apps or from online, or you can also find local hypnobirthing classes.

So whichever way you do it, it will definitely help if you practice it at home.

So I went down the route of seeing a specialist, and we had three sessions together, and I ended up taking my husband, William, as well, so that he was fully on board and understanding what was going on.

In the first session, she did some relaxation hypnosis with me, and also talked about any fears I had.

I had a big tear about tearing, so she included that in my hypnosis.

She actually gave me CD’s, it was CD’s back then, that I could then put onto my iPhone or iPod or computer or something so that I would have it available during the birth.

I was given three different audios really.

One was a relaxation hypnosis, one was pain techniques, which would kind of talk you through you’re walking through a cold lake, and now you’re completely numb from the chest down.

So it kind of learning pain techniques that you could then use during birth.

And then the final one was one that I was not to listen to until I went into labor because it did talk about you are dilating at the exact right speed for your body, and it was actually things that if you listened to before you were due, that could actually bring on labor.

My next tip I already touched upon, but it’s definitely worth putting whatever you download or get given onto your phone, or there are also some great hypnosis apps that you can get.

But, wherever you are when you go into labor, you will have your phone, and it’s even worth putting it onto your partners phone. ‘Cause if you run out of battery or anything like that, definitely bring chargers to the hospital as well. And also get some headphones.

For me, when I was in labor, one really nice thing was that I had my headphones on and I was listening to my relaxing hypnosis and I couldn’t hear everything that was going on in the room.

And with my second son Noah , we actually arrived at the hospital and I was already seven centimeters dilated and my husband William said that the midwife actually started to panic and get things ready and you could tell she was worried how quickly the baby was coming but because I had my headphones on I was a little bit oblivious, I was kind of just rocking and swaying and she just got on and did whatever.

But I think that if you were actually in the room seeing how panicked the midwife was, it could have been quite unsettling.

And another thing that I did, in my first birth I had just normal headphones but in my second birth I actually had wireless headphones, because in my first birth the wires were really annoying me and I had to hold the phone and have all these wires.

So it might be worth getting wireless headphones but you have to make sure that you charge them before the birth and then there’s obviously that worry that they could run out of charge.

So just think about all that when you pack your hospital bag put headphones in, maybe ones with wires, ones without, because you won’t want to run out of the hypnosis.

I suppose you could put it on speaker, worst case.

But yeah, that’s just a tip from me.

My next tip is probably the most important and that is to actually practice it.

You have to do the do.

It’s all well and good saying that you’re gonna do hypnobirthing but then if you don’t do it when you’re at home, what’s the point?

So what I did was from 30 weeks pregnant

I would just listen to the relaxation hypnosis.

It was 20 minutes long and I would listen to that every single day.

With my first I used to have naps, but then when I had my second son, I didn’t have the luxury of having naps so I would just literally turn on when I was going to bed and sometimes I would fall asleep with it in but it was still going in. So that’s a really easy way to do it.

Just literally put it on when you’re going to bed.

It’s so relaxing anyway, I used to sleep so well.

But you have to do the do.

If you’re reading this though and you’re 35 weeks pregnant, it’s not too late.

You can do some practicing and you will find that helpful anyway.

I just think in the ideal world I did it from 30 weeks with each of my pregnancies for 20 minutes a day.

My next tip is an important one and that is to make sure that the hospital staff or the midwives know that you have practiced hypnobirthing.

You will be much more calm than the average woman in labor and I definitely felt that.

With my first son, I went into hospital I was three or four centimeters dilated, and I was having a contraction, but I was able to kind of talk to the midwife a bit and the midwife sent me home because she said if I was really in labor, if my contractions were really that bad, that I wouldn’t have been able to breathe or talk through my contraction, but I was because I was practicing hypnobirthing and I was so calm.

So they sent me home and then it was a bit of a nightmare.

Then I had to call an ambulance and get rushed back ‘cause the baby was coming. So definitely make that your husband’s job to say she’s been doing hypnobirthing, she’s very calm.

I personally feel like I wasn’t taken as seriously, in a way, because I was so relaxed, they didn’t kind of give me a room straight away and they said because it was my first baby that it would take over 24 hours and he came in just seven hours.

My next tip is that there are a few things that you can do alongside hypnobirthing that can really help with your birth.

I practiced pregnancy yoga or pregnancy pilates to keep my body supple, and whenever I did yoga I would sleep really well that night.

So it was great for breathing and relaxation.

I also ate a healthy, balanced diet as much as I could bar the cravings toward the end of my pregnancy.

And I also had acupuncture and reflexology in the last couple of weeks.

I actually had that ‘cause I was trying to bring on the labor ‘cause all of my babies were late.

But, it can be really, really, good and there are things they can do in acupuncture that can really help apparently, I mean I’m not a doctor or anything, but can bring the baby’s head down and that can give you those really nice oxytocin hormones which are so important when you’re giving birth.

Right, so there’s my tips and I really hope you found them helpful.

I really wanted to share my experience with hypnobirthing because I’ve had such good births and I think there are actually a lot of positive birth experiences out there if you look for it.

it can really make you scared of it and that is exactly what you don’t want.

So if someone starts telling you about their horrendous birth experience maybe just don’t listen or just tell them to stop, because you just don’t need that in your head.

And I know my experience was really good,

but because it was good it’s also quite forgettable.

My first son came in just seven hours, my second son came in just three hours, and third son I had at home, right there, on the floor, and it took just 40 minutes from when I got to five centimeters dilated.

I was extremely relaxed.

My husband always said, “You were like in the zone.”

And I did have a friend that tried hypnobirthing but then unfortunately she had an induction and not the birth that she had planned, but she said that the hypnobirthing was so helpful in the early days of being a new mom.

She was a very relaxed new mother because in the hypnobirthing it does say you know, you’re a natural, you’ll know exactly what to do, so it can also help for when your baby is actually here. So yeah, it’s worth a shot.